On Tuesday we had an easy morning where I was able to wash my laundry. Father Jonathan Norton and I went out to see if we could find the relics of blessed Pier Giorgio Frassati. I found the church but was unable to enter the relics because there was a Mass going on inside: 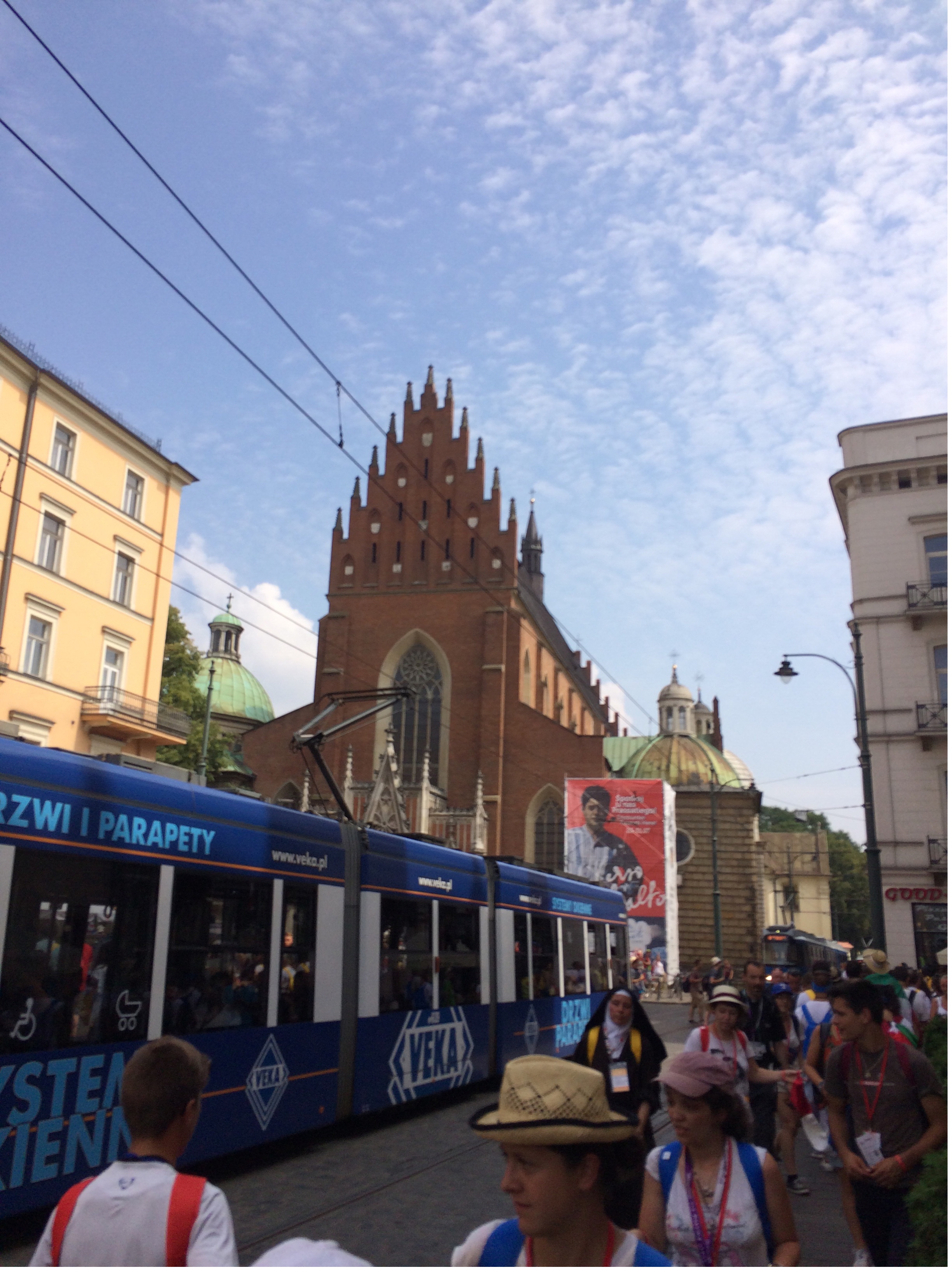 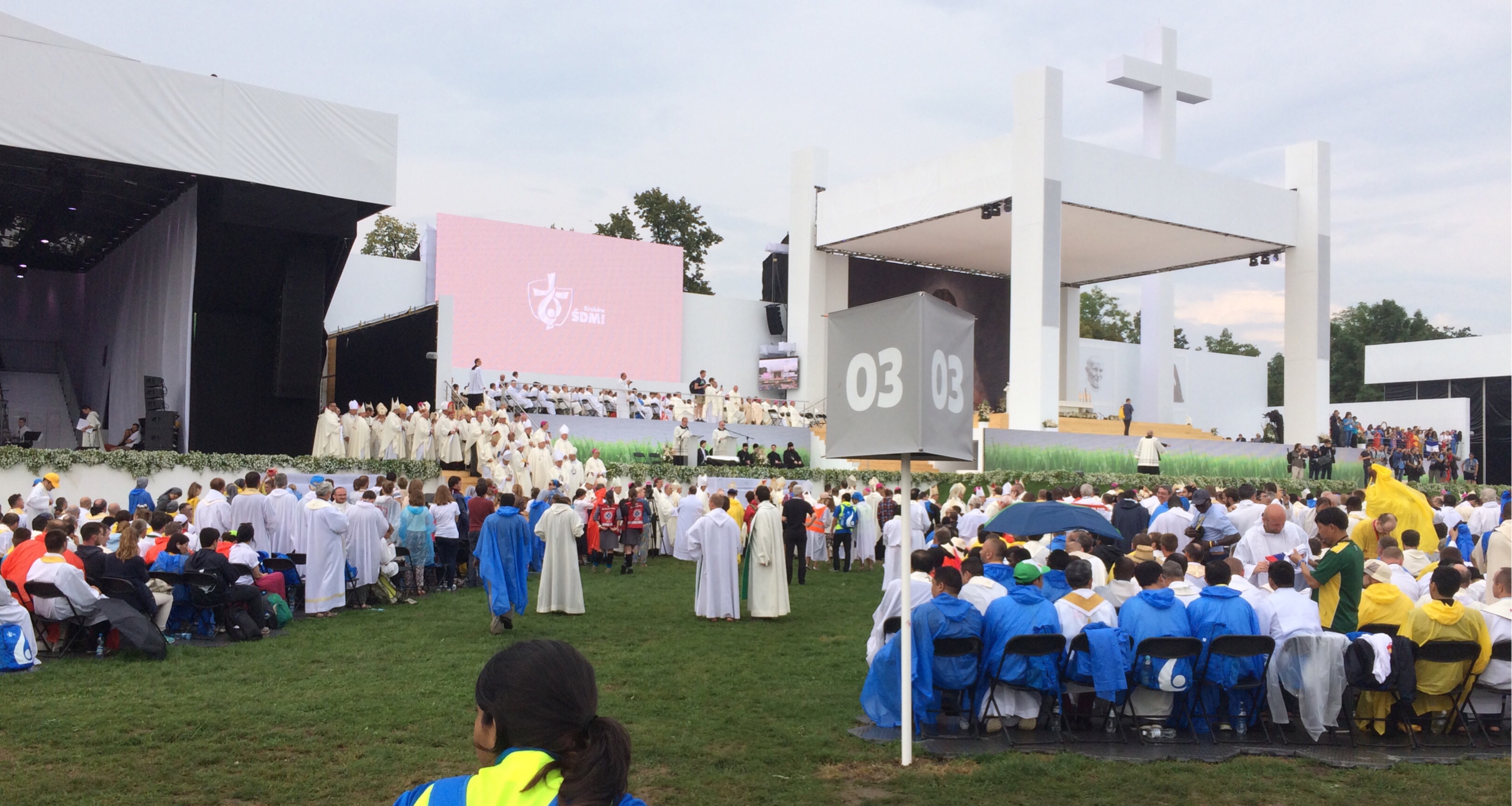 Then we get it as a whole group after a quick lunch, and headed out to a huge public park near downtown for the opening Mass with the local archbishop Stanislas Dziwicz who was personal secretary for John Paul the second for most of his papacy and even before that.

There was a huge crowd for Mass, probably 200,000 people. (However, that is only a 10th of what is expected for Sunday!) 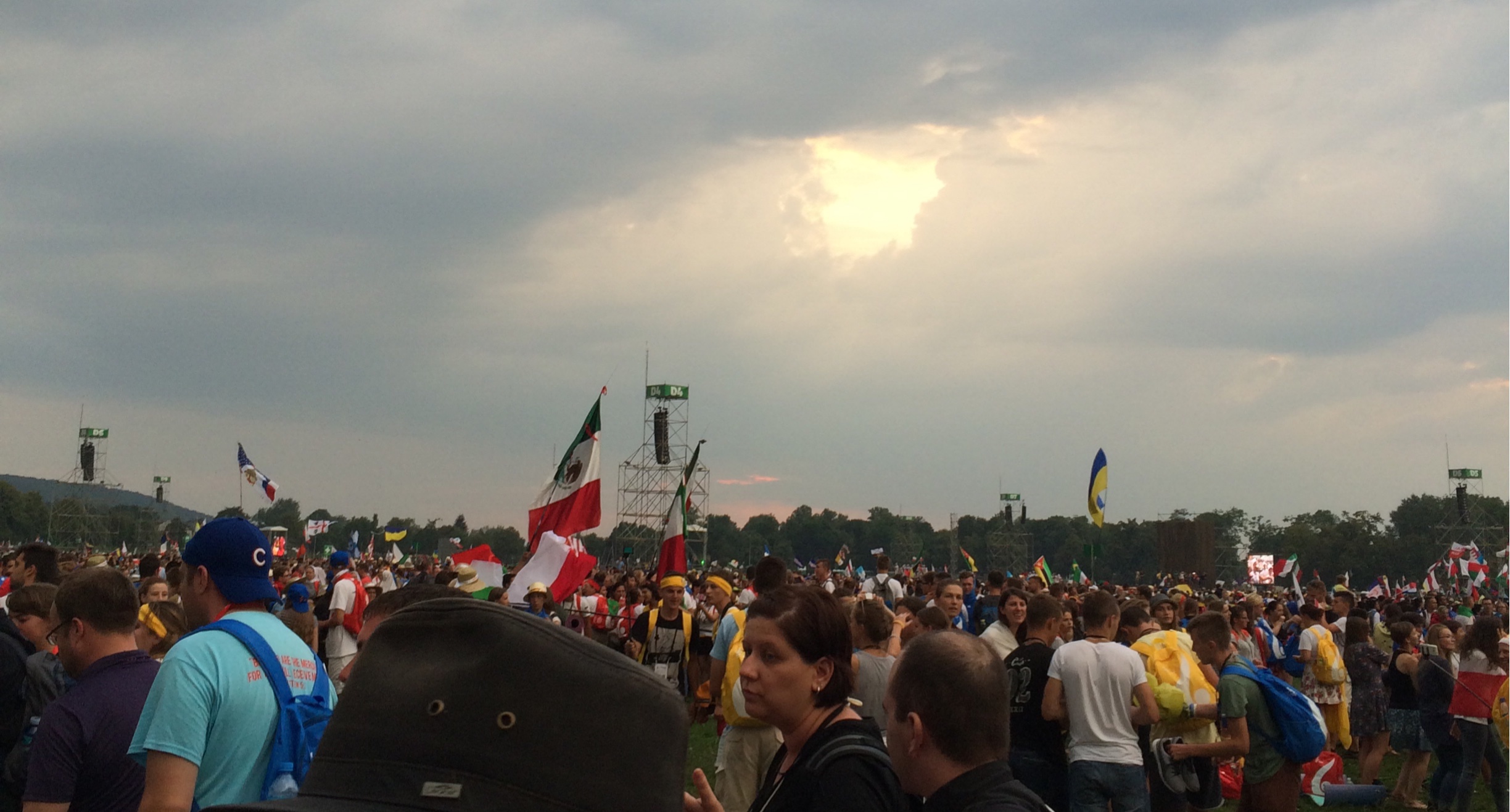 On Wednesday, we went to a huge arena for a catechesis with about 18,000 English speaking pilgrims, and I ran into my sister Katie and her husband Matt!!! 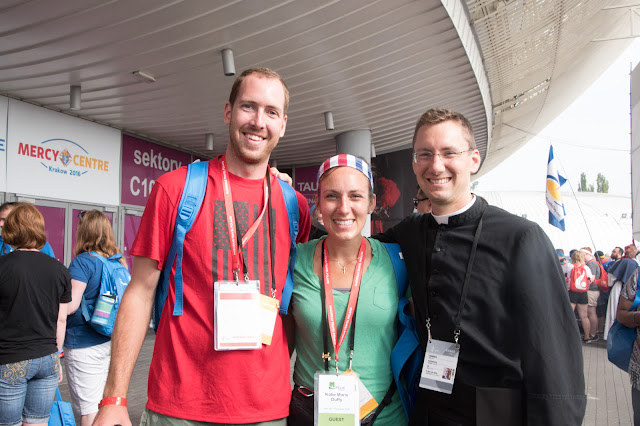 The day began with amazing speakers with a wonderful mass and beautiful music. We stayed there for the whole day along with other lectures and opportunities, and it finished tonight with a huge mass concert with two of the best Catholic musicians around: Matt Maher and Audrey Assad. I was proud that I could sing almost every word of every song!
We also had adoration of the Blessed Sacrament: the young man leading the procession was a boy from our diocese who is now a Dominican priest! 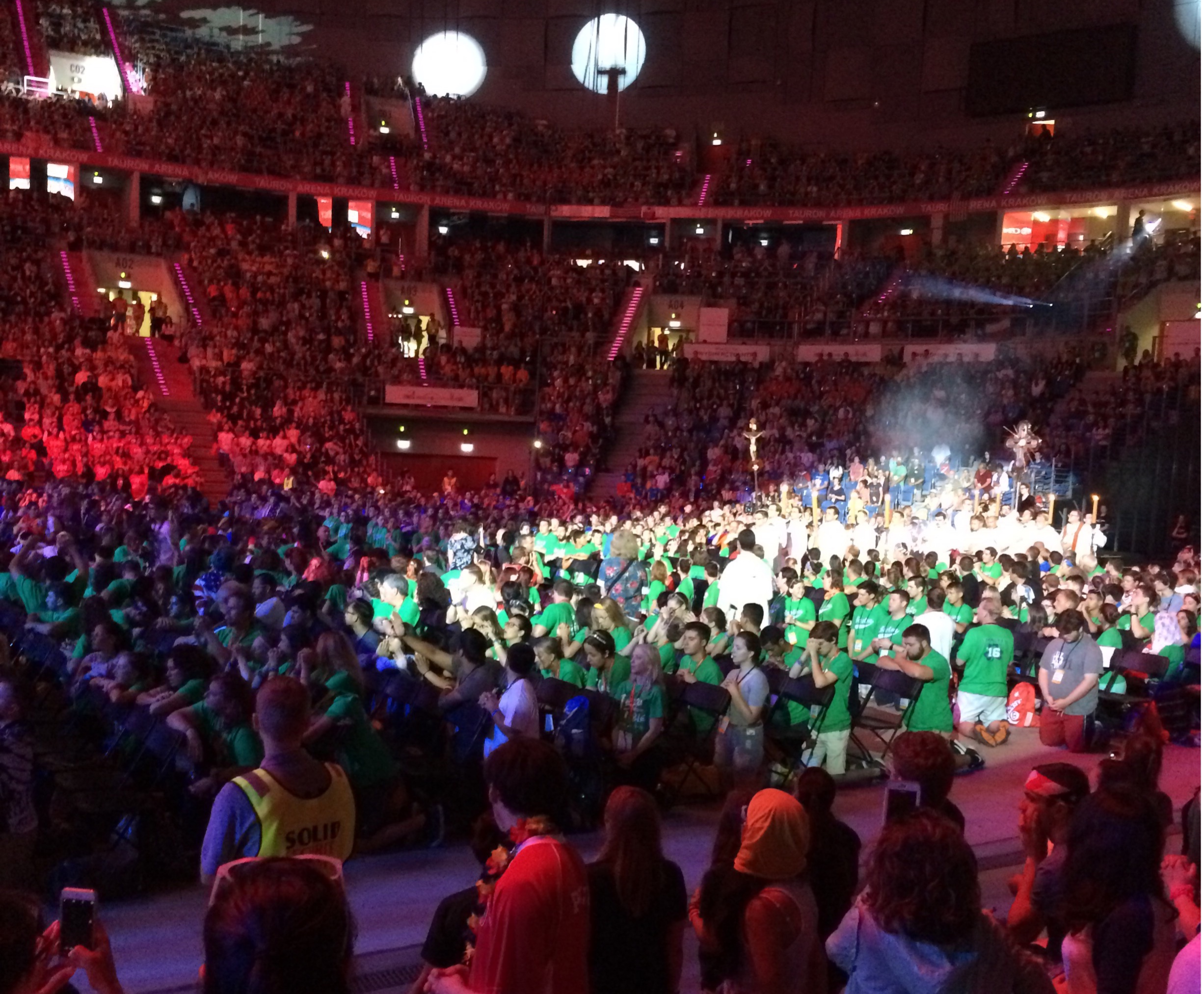 The new bishop Robert Barron of LA gave a sermon during Adoration about the cross, especially noting the martyrdom yesterday of Father Jacques, a priest in France killed during Mass by an ISISfighter. It was obviously very moving for everyone. We walked 4 miles to get home and I am ready for sleep! :-)
Posted by Father Terrence Coonan, Jr. at 2:54 PM