Sunday we saw the heights of divine love and the lows of human sin. In the morning we woke in Katowice and headed to our destination of Oswiencim, the town where Germans drove out the people to make room for a labor camp that eventually became the extermination camp after its huge expansion in 1942.

The Poles (especially from here) did much to help the Jews, and this nation boasts the majority of those honored as "righteous" at the Shoah museum in Jerusalem. 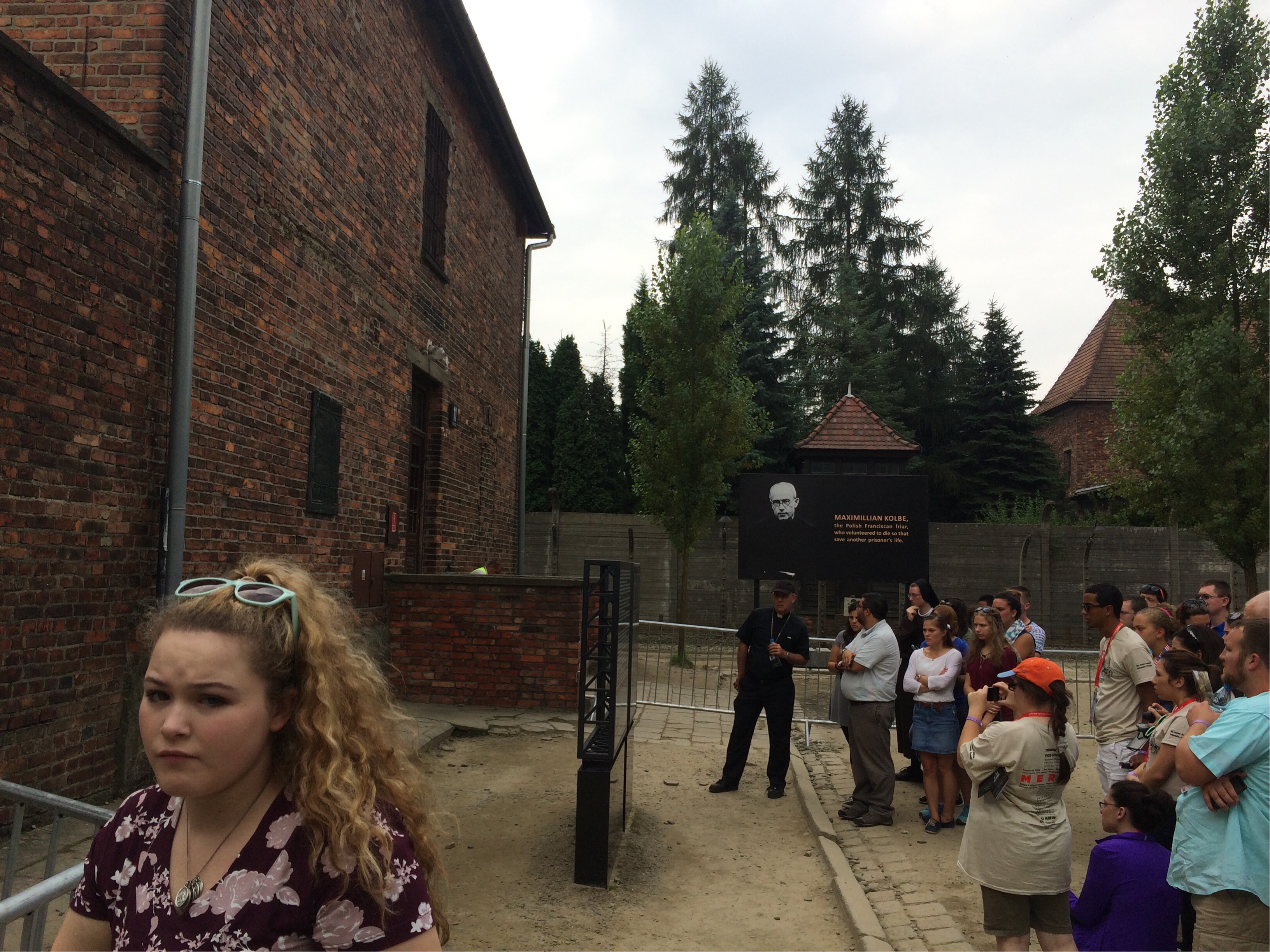 Here Fr. Maximilian Kolbe starved to death, the last of 10 victims of Nazi retaliation for a prisoner escape (the SS, under Himmler, ran the concentration camps). 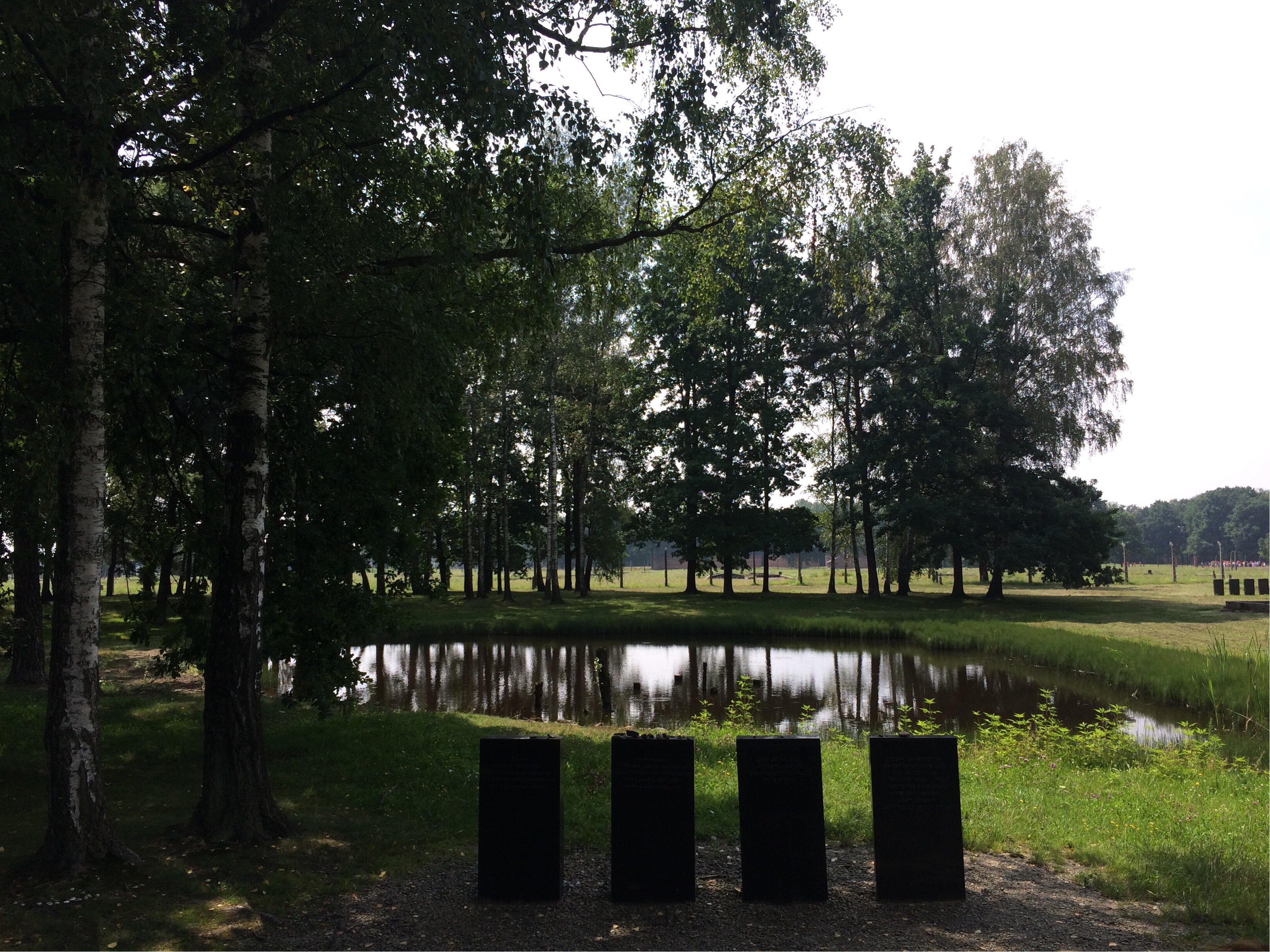 This pond was full of human ash. Evil leaves its mark, but the glory of Good cannot be conquered for it lives on into eternity. 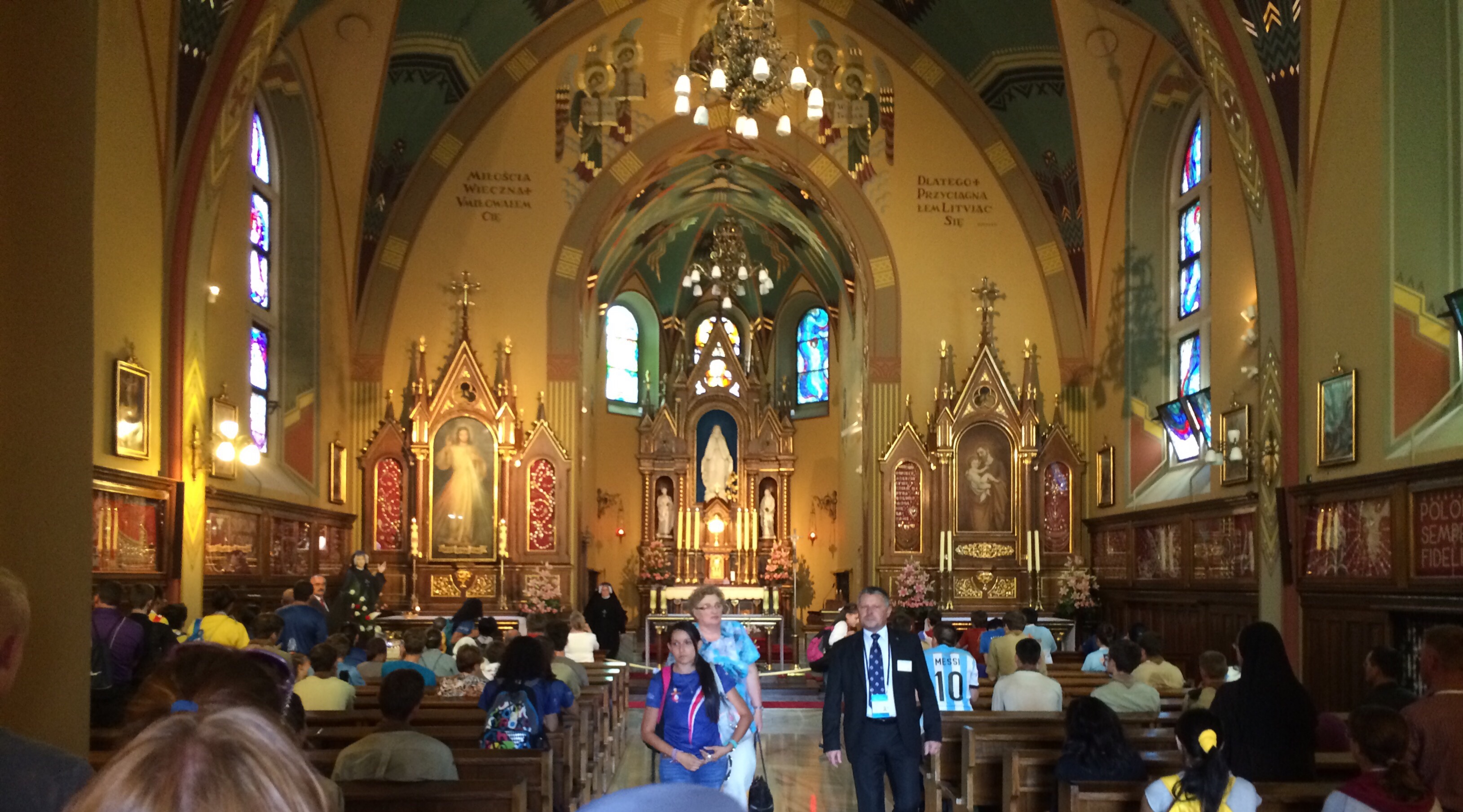 Here Sr. Faustina's body lies. The Saint of divine mercy is beneath the image she commissioned on the left. 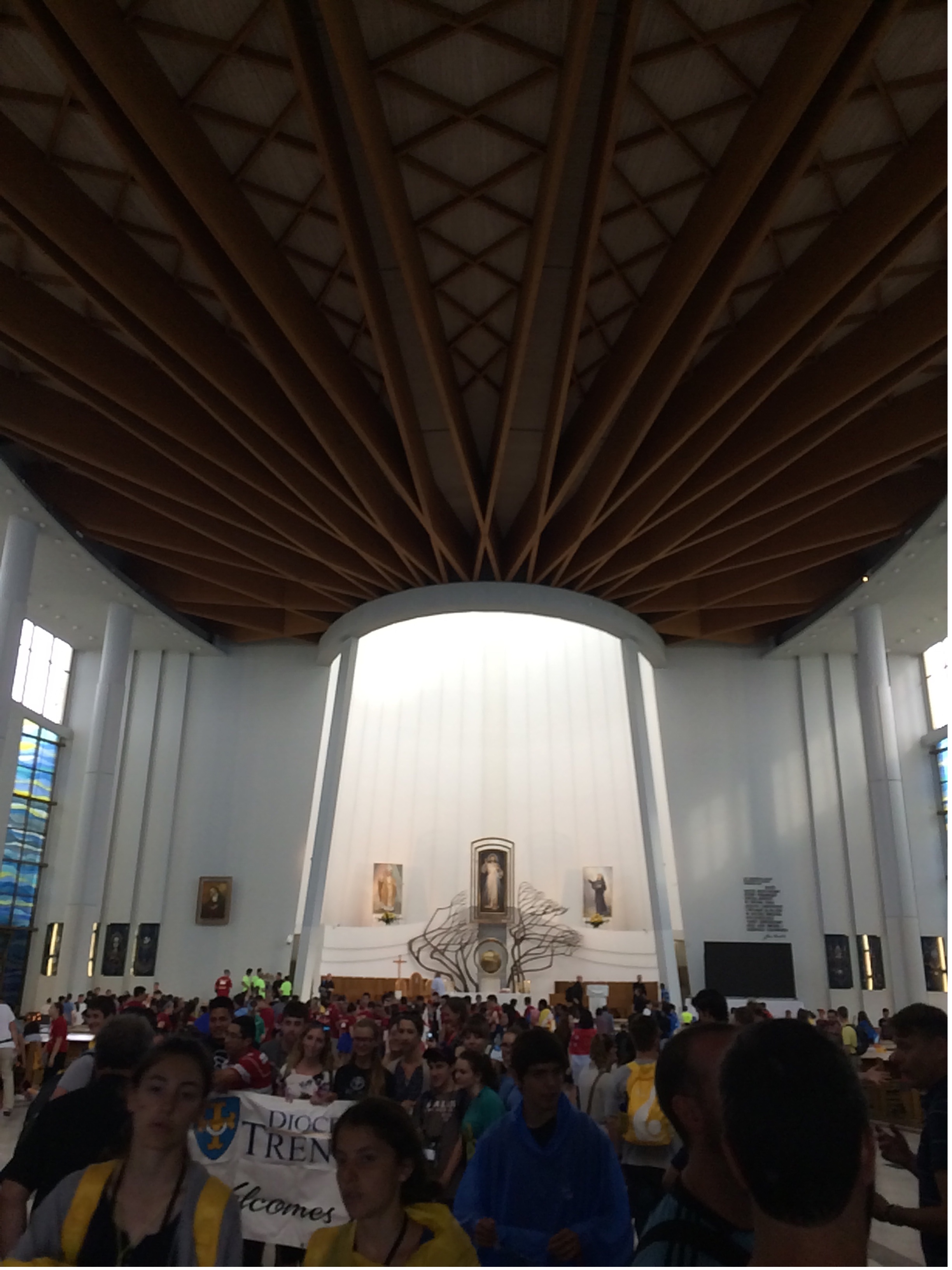 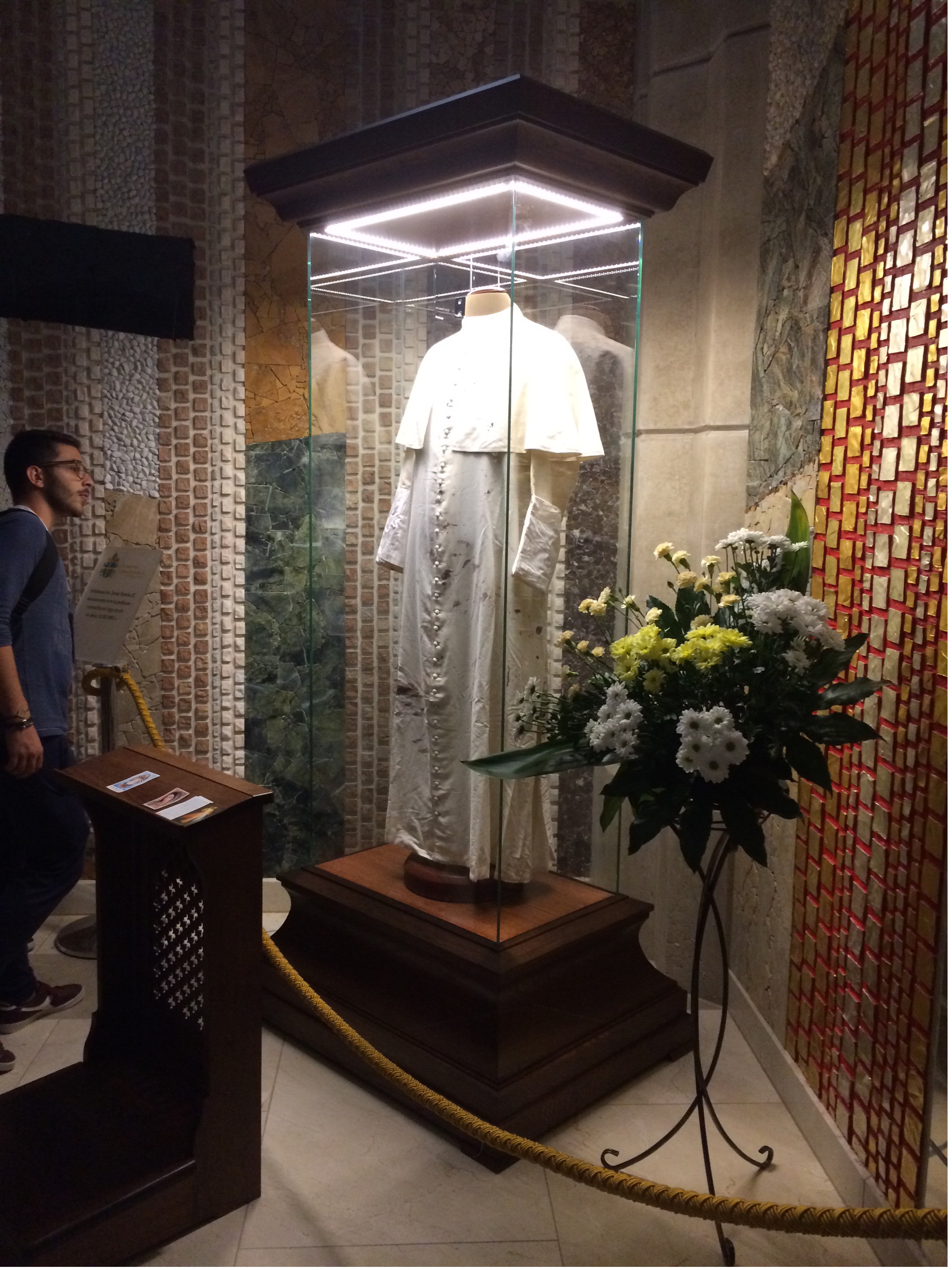 Above is the large chapel of Divine Mercy. A very strange modern church but it had good musical acoustics!
1/2 mile away is a shrine to JP2. Here is the cassock he wore when shot 4 times (twice through the abdomen).
The evening was on our own for dinner. A small group went out to eat and got ice cream. I ended up with one of our priests talking until 11:30 with a pair of locals! It was a nice surprise!
Posted by Father Terrence Coonan, Jr. at 12:24 AM